This is Part XII of a series interviewing our 2011-12 Board of Directors. Please check out our introductory post on 5/19/11. 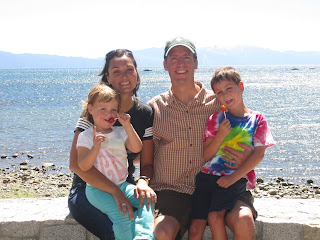 Rahela transferred to the JLPA-MP from the East Coast, and started out with only a single friend in the Bay Area. Today she probably has hundreds of friends because of her involvement with the League. She met Vanessa Roach and other members at a JLPA-MP Open House when she first moved to the area and knew immediately that this was the League for her.

Rahela is the President-Elect this year, and although she'll focus on being a sponge to Meaux in preparation for her Presidency, she plans to stay busy with her involvement on the Strategic Planning Council. The Strategic Plan is a huge priority, one which Rahela believes can take our League to the next level. And Rahela is the kind of motivated and organized leader to make those changes happen! 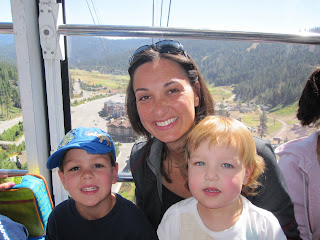 This will be the fourth year Rahela has been on the Board. She is currently wrapping up her position as Membership VP, and in the past has Co-Chaired Spring Gala, Provisional Committee, and worked on Done in a Day and The Shop committees. She is also active in the community as a Board member for Rebuilding Together Peninsula and is currently the Director of Donor Relations in the Development Office at Stanford. She's lucky that her career and Junior League activities are closely related which I'm sure benefits both parts of her life.

Rahela will be celebrating her 10 year wedding anniversary next year, and keeps busy at home with her two children. But aside from her family, the Junior League is her top priority. She is working on saying "no" to other organizations who want her involvement, because her priority is with the League.

Rahela is an events gal - she loves to eat, drink and socialize. But in her free time, what she really loves the most is connecting with friends - old and new. She told me during our conversation that she would walk to the ends of the earth for her friends if she had to. Staying in touch is very dear to her. She shared with me a personal practice that she's implemented into her daily life, something I think we all could follow. Every day Rahela strives to acknowledge four different people in small and big ways. She might thank a colleague for getting her a report, or thank her husband for putting gasoline in her car. I think whether you thank one or four people, just that change in perspective and way of carrying out your day can make a huge difference in the world.