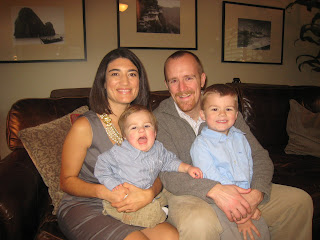 As I mentioned in my first blog entry, Summer Brill was the Web Marketing Assistant Chair/Social Media this year and will be the Communications VP for 2011-2012. For someone who has been in the League for only three years (including her provisional year), she has quickly demonstrated how to become a leader, and is a great role model for anyone aspiring to get more involved.

I was shocked and in-awe when Summer told me that shortly after she got married, she quit her Investment Banking job and traveled around the world with her husband for a year. Since then she's gotten settled back in California, started her family and now has two young boys and devotes a lot of her spare time to the League.

Summer credits her initial passion and excitement for the League to her friend and League mentor Jessica Gowdy. Jessica made her feel like she could do anything, and is the person she attributes most of her League success to. Summer admits that while she had an awesome Provisional Year, her first active year was different than what she expected and had doubts about her involvement in the League. But she was reminded by Jessica that she was the only one who could make her League experience what she wanted it to be. And from there, she rolled up her sleeves and put 110% into every project she was involved in. And now she's on the Board of Directors!

The League has never had a Social Media Chair before Summer. Not only did Summer go above and beyond her expected job responsibilities by developing a Social Media Policy for the League and single-handedly managing Facebook, Twitter, LinkedIn and the Blog, but she used the opportunity to meet as many people as she possibly could and truly network.

Summer is excited for her role next year and taking communications a step further than what it historically has been. What's especially important to her is that people (in the community) know what the League does, and what the League represents. She plans to do this by building our image through branding and expanding our internal usage of the Blog and Facebook. 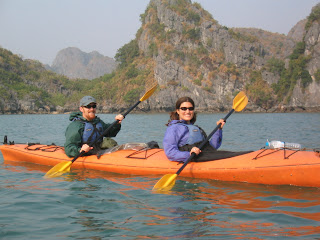 With two young sons she doesn't have a lot of free time, but has found that using her iPhone is a great way to stay connected and communicate with League members. She's been out of the job market since her sons were born, but plans to enter the residential real estate business this year. I mentioned how surprised I was to learn that she quit her job to travel. Well, the surprises don't stop there. When I asked where she'd most likely be on a sunny summer weekend day, she answered, "With my husband and kids in Santa Cruz at a Grateful Dead-esque concert." Rock on Summer!