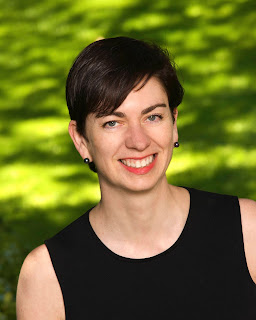 Meaux Costello didn't plan on being the 2011-2012 President of the JLPA-MP - she actually never planned on being League President. But somewhere down the line, after holding multiple placements and sitting on the Board for four years, she realized all her learning and development experiences had enabled her to be a strong and effective leader. This realization prompted her to get in the line to be a future JLPA-MP President. And as life would have it, everything got moved ahead when the originally slated President Elect had to step down.

Although Meaux had planned to have an extra 12 months to prepare for the role, she accepted the position a year early like a true leader.

Meaux is all too familiar with changing directions. She recently left her job after being a lawyer for twenty years to care for her sister who was recently diagnosed with cancer. It was a big decision, but with the support of her husband and family she has been able to make it all work. The League is such an important part of her life that she accepted the role during a time when it probably would have been easier to focus only on family.

Meaux has a strong sense of pride and ownership in the League and is fiercely committed to its cause. Her top priorities for the year are finance and community. She mentioned in our conversation that the impact on the economy was delayed in how it has affected the JLPA-MP. There has been a decrease in underwriting for the Home Tour, a decrease in donations and purchases at The Shop, and fewer anticipated new members in the League. As a result she is determined to turn things around. Meaux also plans to stay in close contact with our Community Board of Advisors, evaluate our grant process, and ensure that we engage the best projects that are fulfilling for League members while satisfying the Junior League Mission.

Meaux clearly has a lot of big plans for next year, and fortunately has a great team to help her accomplish these goals. Many of the Board members expressed their excitement and eagerness to work with Meaux. She has many supporters and mentors in the League who have enabled her to get to where she is today. The League has helped her in her professional and personal life, including running better meetings and being more persuasive and greater examples like being a better lawyer, sister, wife and friend. Meaux has been inspired by the League and its leaders since she joined, and is a firm believer that the League offers some of the best practices for home, work and life in general. She plans on pushing that philosophy forward and establishing an even stronger sense of connectedness among League members, because she believes that we all have the potential to be great leaders and sit in her seat one day - and she's going to do her best to help us get there.