This is Part XI of a series interviewing our 2011-12 Board of Directors. Please check out our introductory post on 5/19/11. 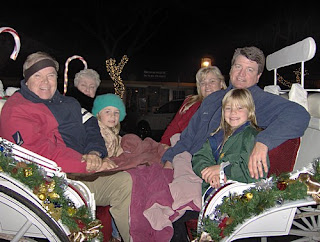 For those who don't know what SPAC is, it's the State Public Affairs Committee, and I promise this won't be the last time you hear or read about SPAC within the League. Polly Neumann is the Senior SPAC Delegate for this League year, and she has a busier job than ever. Polly never imagined she would be this involved with government affairs and legislation, but like so many Leaguers, she has a tremendous League mentor that has influenced her to get involved in SPAC. Cat Carlton is the California SPAC 2011-2012 President, a huge honor, and the reason Polly is the Sr. SPAC delegate for next year.

Cat and Polly met as Provisionals and have been close friends since. When Cat began to coach Polly on the power to make changes through SPAC, Polly was immediately hooked. Polly considers herself very fortunate to have found a mentor like Cat, and feels that as a team they can accomplish anything. They have already come so far, celebrating both of their leadership positions and their sponsored bill that will be presented in Sacramento (you will hear more about this soon).

Although my intention was to speak about Polly, I cannot talk about her role and success in the League without mentioning Cat. Without her support, Polly might not have gotten to where she is today, which is an important one because she has the power to make real change in the world. Polly is a real estate agent and works long hours, but she partners with her mom so they're able to balance the work load between the two of them. She also leverages her husband, who couldn't be more supportive of her Junior League involvement. The power of support, whether by friend or family, can allow you to tackle the challenges of the League and might possibly make a difference in the world. And in Polly's case, passing a bill that would give the parents of foster children the same rights as birth parents (in terms to accessing their child's health records), could really change lives.