The Training Committee hosted its first training the last week of September, with speaker Naomi Chavez Peters guiding us towards achieving a more balanced life. This was the perfect way to start off our League year "which just so happens to coincide with getting little ones back to school, going back to school ourselves, watching the World Series, football season, etc." when we all start feeling like we are way too busy to possibly attend that next League event.

Naomi worked with us to realize our own priorities, and actually prioritize them! In case you missed the training, but are feeling a bit unbalanced, this means working on correcting time management mistakes we often make, including:

• Failure to plan
• Failure to prioritize . . . and re-prioritize
• Being easily distracted
• Putting off distasteful tasks
• Lack of organization

If we can get ourselves organized and planning ahead, we will waste less time on unimportant activities. Naomi left me with one idea in particular: to help better manage not only our time, but also our overall wellbeing, we can practice "exercising integrity in the moment." What this means is, when we have the decision between watching a Real Housewives of Beverly Hills marathon with a glass of wine (or two), and going to the gym, we should not always pick RHWBR and the wine.

In moderation, our (my) Bravo addiction is fine, but remember, we often over-extend ourselves, and we need to make time to do the things that we find important. Our priorities are really just our "what I want to be when I grow up" list. Our decisions, and our ability to "exercise integrity in the moment" shape our lives. We need to step back and ask ourselves, am I living the life I intend?

Thanks Naomi, I will be going to the gym this week! 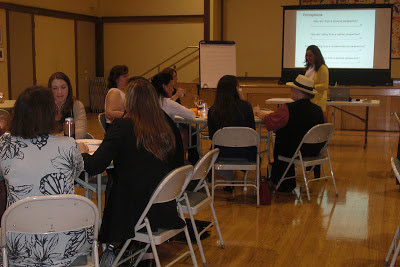 
The Junior League of Palo Alto-Mid Peninsula partnered with the Menlo Park Fire Department for the 12th Annual Pancake Breakfast. The Menlo Park Police Department and Menlo Park Boy Scouts Troop 222 were also there to help. Set-up began at 5:15 A.M. and the breakfast began at 7 A.M. The firefighters were the chefs and the firehouse was transformed into a breakfast hall serving pancakes to everyone. There was also face painting and pictures on the Fire Truck for the kiddies. The firemen did rescue demonstrations for the group and people toured the firehouse.

This is one of the largest fundraisers for the JLPA-MP. We are excited to say that 688 people attended and we raised $8,000. All the proceeds will go to the Alisa Ann Ruch Burn Foundation. The foundation helps burn survivors and promotes burn prevention education. For more information visit www.aarbf.org

More photos from the event are available on our Facebook page: www.facebook.com/JLPAMP 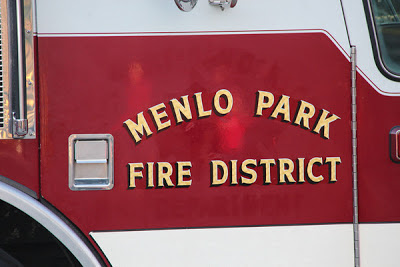 A couple of weeks ago I had the great pleasure of presenting at the September General Membership Meeting.  I had spent hours preparing, learning about human trafficking in the United States, studying Proposition 35 (a.k.a. the C.A.S.E. Act), and watching videos.  This was a meaty issue that the League and League members could impact immediately, and I was excited to share what I had learned.

C.A.S.E. stands for Californians Against Sexual Exploitation, and the act specifically fights human trafficking and the sexual exploitation of women and children.  Human trafficking is a criminal business that profits from enslaving people for sexual servitude and forced labor.  In other words, it is modern day slavery.  It is the fastest growing and second largest criminal industry in the world today, second only to drug trafficking.
California is a particular hotbed.  Here are the facts:

·       3 of the highest child sex trafficking areas in the nation: Los Angeles, San Francisco and San Diego
·       Average age a victim is first trafficked for sex in the U.S.: 12-14 years old
·       Many victims are runaways who already suffered sexual abuse as children.
·       Traffickers or pimps are master manipulators who gain a victim’s trust before forcing them into commercial sex acts and keep them compliant through violence and drugs.
·       The prevalence and anonymity of the internet has fueled the rapid growth of sex
trafficking, making the trade of women and children easier than ever before.

At the end of the meeting, a Provisional came up to me and said, “What you’re doing, I want to do that!”  I couldn’t have imagined a better response!

Learn more www.caseact.org, tell your friends and family, and above all, vote.

Learn about the other propositions on November’s ballot at the Election Forum on October 9!  Details at http://bit.ly/SHZfV1